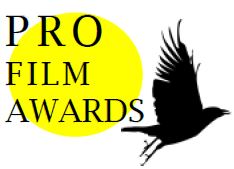 Director’s Award – Mickael Broth, as featured in “The Night Owl”

The Poe Film Festival proudly announces the winners of our 2018 College Film Awards!

Congratulations to our outstanding college filmmakers!

Best Adapted Short:  “The Museum of Lost Things” by Gregory Cioffi and Dennis Pahl — In a late-night encounter in an all-night diner, a writer in his late 40s tells to an affable waitress the story of his stumbling upon a strange museum on an obscure street in New York City.

Best Original Film: “Keepsakes” by Paige Compton — A high school teen, absorbed by jealous delusions about love and friendship, encounters what she believes is betrayal and the result is tragic.

Best Adaptation:  “The Raven” by Damian Draven — Edgar Allan Poe’s masterpiece comes to life in this faithful adaptation.  The Raven tells the story of a poet longing for his lost love.   Director Draven’s remarkable film premiered at the opening of the 2018 Poe Film Festival.

“The Tell-Tale Heart” by Charles Sharman-Cox — Set in a crumbling Victorian lunatic asylum, this adaptation of Edgar Allan Poe’s famous tale is a psychological portrait of a deranged man who commits a murder for what he feels is a perfectly valid reason.

“Egret & Joliah” by Aaron Levine — Egret and Joliah sit in a gallery.  Time moves, they don’t.  Joliah is a storyteller who has eagerly written a story that reflects her world.  Even though Egret repeatedly tells Joliah not to share her story, Joliah can’t help herself.

“Post Script” by Eric Robillard — A young writer trying to decipher the concept of love, becomes inspired by the lives and relationships of those around him.

“Everything is Upstream” by Martin Ponferrada — Part animation and part documentary.  Buddhist monks from around the world offer vivid descriptions of their dreams, which are then brought to life through detailed rotoscope.

“House of the Seven Gables” by Benjamin Wickey — Haunted by the dark days of witchcraft hysteria in New England, the Pyncheon family endeavors to lift a family curse and find buried treasure before ghostly terror can strike again.

“Have You Seen Jake Verona?” by Brit Bucklee — After her colleague vanishes, a young reporter follows every lead in hopes it will solve the mystery of her friend’s disappearance.

“Flytrap” by Connor Bland — Charles falls into a germaphobic hysteria living under the unsanitary habits of his roommate. Narrated by the protagonist, his petty yet paranoid reality unfolds as he delivers a confession email to University housing.

Winners of our 2017 College Film Awards:

Nominees were: Bar Quixote, Monday, Do You Know, and Until Death Do Us Part.